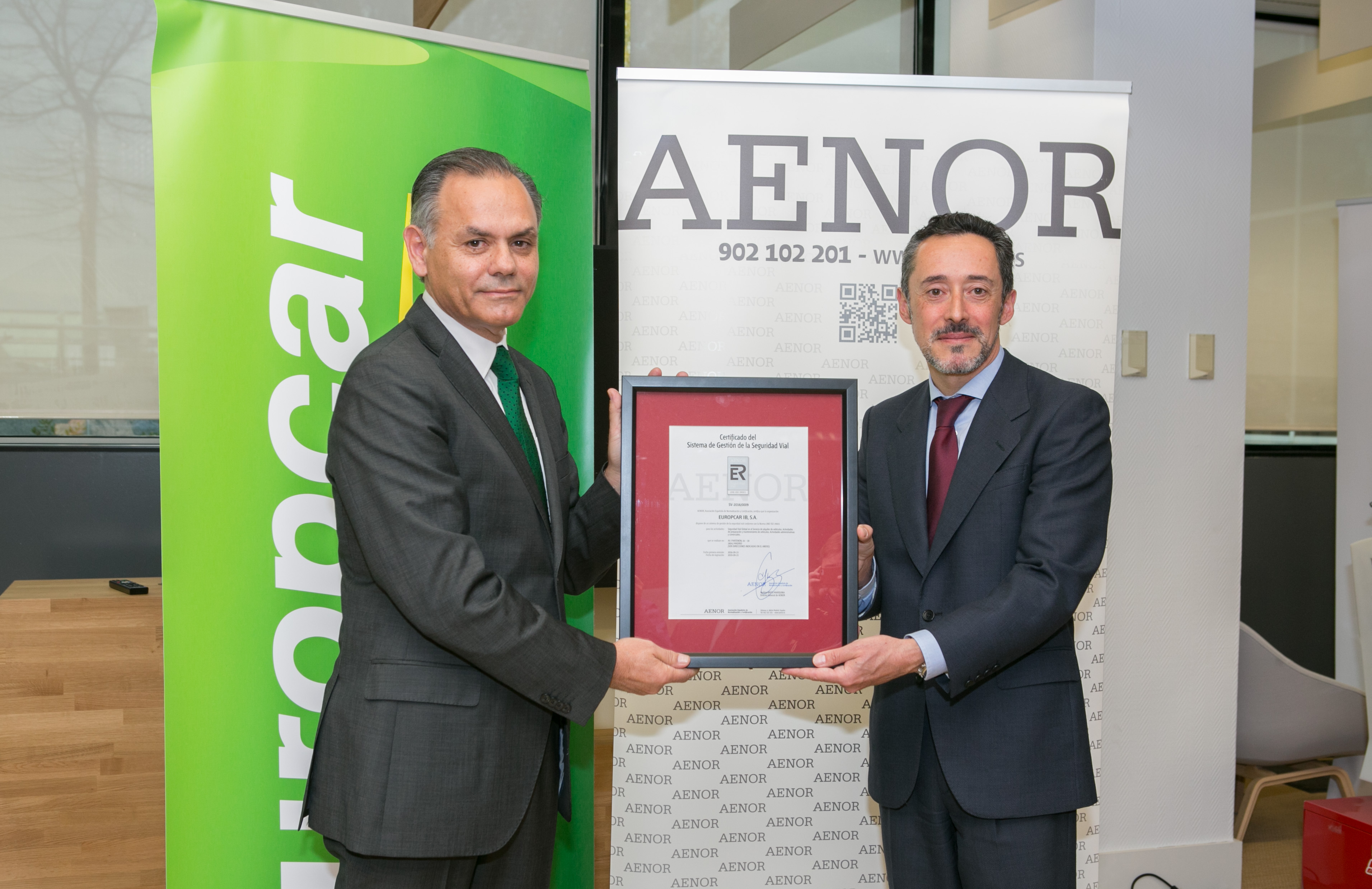 The recovery of the economy has led to an undesirable increase in accidents, with commuting accidents (on the way to and from work) being the ones that have increased to a greater extent. In the first half of 2016, the last for which we have data, these accidents during the commute between home and the workplace increased 9.3%. With this outlook, Europcar, a leading European car rental company, is committed to the road safety of its employees, customers and suppliers, implementing training in this regard in all its workplaces, among other measures, which led them to receive the AENOR ISO 39001 certificate, becoming the first vehicle rental company to obtain this recognition.

During the ceremony held at Europcar’s Imagine Hall, at its headquarters in Campo de las Naciones, the General Manager of Europcar Iberia, José María González expressed his satisfaction for being «the first rental car company to obtain this certification, aimed at improving the safety of our operations and reducing accidents, which is especially relevant in the mobility sector due to its important impact on the road system.”

The General Manager of Europcar Iberia, who received the certification from the Director of Institutional Relations and Communication of AENOR (Spanish Association for Standardization and Certification), Jesús Gómez-Salomé, has emphasized the importance that «more and more organizations commit to road safety to reduce the accident rate. In just three years, AENOR has certified the road safety of some thirty organizations from different sectors in Spain and other countries, both public and private.”

In this sense, Europcar has implemented a complete training plan from Pons Seguridad Vial, aimed at improving the awareness of employees in this respect, which is currently being developed by its employees in Madrid, and that will continue during 2017 in the rest of Spain to later transfer it to suppliers and customers. The initiative is part of Europcar’s Sustainable Mobility Plan, which is one of the key pillars of the company’s Corporate Social Responsibility policy.

After the submission of the document, attendees of the event tested four driving simulators specially designed as a training tool that Pons Seguridad Vial uses for learning in realistic situations of danger, as well as three glasses that recreate vision in situations of fatigue, drug use and alcohol abuse. The simulation with the glasses, which lasts 15 minutes, has allowed people to verify what it’s like to drive in circumstances of fatigue or substance abuse, while the driving simulators have helped the assistants to test their capacity to react in extreme situations for 20 minutes.